I started doing PowerShell almost 10 years ago. Check out this video from 2007 of me learning about PowerShell from Jeffrey Snover! I worked in PowerShell for many years and blogged extensively,  ultimately using PowerShell to script the automation and creation of a number of large systems in Retail Online Banks around the world.

Fast forward to today and Microsoft is announcing PowerShell on Linux powered by .NET Core and it’s all open source and hosted at http://ift.tt/2b4ckJk.

Jeffrey Snover predicted internally in 2014 that PowerShell would eventually be open sourced but it was the advent of .NET Core and getting .NET Core working on multiple Linux distros that kickstarted the process. If you were paying attention it’s possible you could have predicted this move yourself. Parts of PowerShell have been showing up as open source:

Ok, but where do you GET IT? http://ift.tt/1fbUfcZ is the homepage for PowerShell and everything can be found starting from there.

To be clear, I’m told this is are alpha quality builds as work continues with community support. An official Microsoft-supported "release" will come sometime later.

This is my opinion and somewhat educated speculation, but it seems to me that they want to make it so you can manage anything from anywhere. Maybe you’re a Unix person who has some Windows machines (either local or in Azure) that you need to manage. You can use PowerShell from Linux to do that. Maybe you’ve got some bash scripts at your company AND some PowerShell scripts. Use them both, interchangeably.

If you know PowerShell, you’ll be able to use those skills on Linux as well. If you manage a hybrid environment, PowerShell isn’t a replacement for bash but rather another tool in your toolkit. There are lots of shells (not just bash, zsh, but also ruby, python, etc) in the *nix world so PowerShell will be in excellent company.

Be sure to check out the coverage from around the web and lots of blog posts from different perspectives!

Have fun! This open source thing is kind of catching on at Microsoft isn’t it?

Sponsor: Do you deploy the same application multiple times for each of your end customers? The team at Octopus have been trying to take the pain out of multi-tenant deployments. Check out their 3.4 beta release. 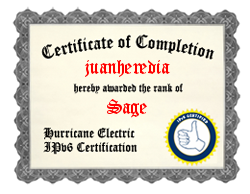